TURN YOUR IDEA INTO A REALITY

Under the influence of environmental conditions, after a certain period of time and including one or more steps, the structure changes significantly and the performance is lost (such as: integrity, relative molecular mass, structure or mechanical strength).

The degradation caused by biological activities, especially the action of enzymes, causes significant changes in the chemical structure of the material. As the material is gradually digested by microorganisms or certain organisms as a nutrient source, resulting in loss of quality, performance, such as physical properties, etc., and ultimately, the material is decomposed into a simpler compound or element, such as carbon dioxide (CO 2) or/and Methane (CH 4 ), water (H 2 O) and mineralized inorganic salts of the elements and new biomass.

Under aerobic conditions, the material is finally decomposed by microorganisms into carbon dioxide (CO 2 ), water (H 2 O) and mineralized inorganic salts and new biomass of the elements it contains.

Under anoxic conditions, the material is finally decomposed by microorganisms into mineralized inorganic salts and new biomass of carbon dioxide (CO 2 ), methane (CH 4 ), water (H 2 O) and their contained elements.

The potential for biodigestion of materials under aerobic or composting or anaerobic conditions.

Permanent changes in the physical properties of plastics due to the loss of certain structures.

Organic soil conditioner obtained from the biological decomposition of the mixture. The mixture is mainly composed of plant residues, and sometimes also contains some organic materials and certain inorganic substances.

An aerobic treatment method for composting.

The ability of materials to be biodegraded during composting.

If it claims to have composting capabilities, it must be stated that the material is biodegradable and disintegrable in the composting system (as shown in the standard test method), and is completely biodegradable in the final use of the compost. The compost must meet the relevant quality standards, such as low heavy metal content, no biological toxicity, and no obvious distinguishable residues.

Under specified environmental conditions, after a period of time and including one or more steps, resulting in a significant change in the chemical structure of the material and loss of certain properties (such as integrity, molecular mass, structure or mechanical strength) and/or broken plastic. Standard test methods that reflect changes in performance should be used for testing, and the type should be determined according to the degradation method and service life.

Under natural conditions such as soil and/or sand, etc., and/or specific conditions such as composting conditions or anaerobic digestion conditions or in aqueous culture fluids, degradation is caused by the action of microorganisms present in nature and eventually completely degrades into carbon dioxide (CO 2) or/and mineralized inorganic salts of methane (CH 4 ), water (H 2 O) and its elements and new biomass plastics.

Plastics that are degraded by heat and/or oxidation.

Plastic degraded by the action of natural sunlight.

A plastic that can be degraded and disintegrated due to the biological reaction process under composting conditions, and finally completely decomposed into mineralized inorganic salts of carbon dioxide (CO 2 ), water (H 2 O) and the elements it contains As well as new biomass, and the resulting heavy metal content of the compost, toxicity test, residual debris, etc. must comply with the relevant standards. 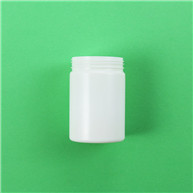 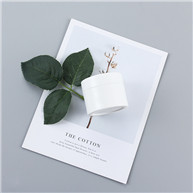